Click on the first image for a full-sized, gallery view of the comic.
Written by Colin O’ Mahoney, artwork by Mari Rolin. 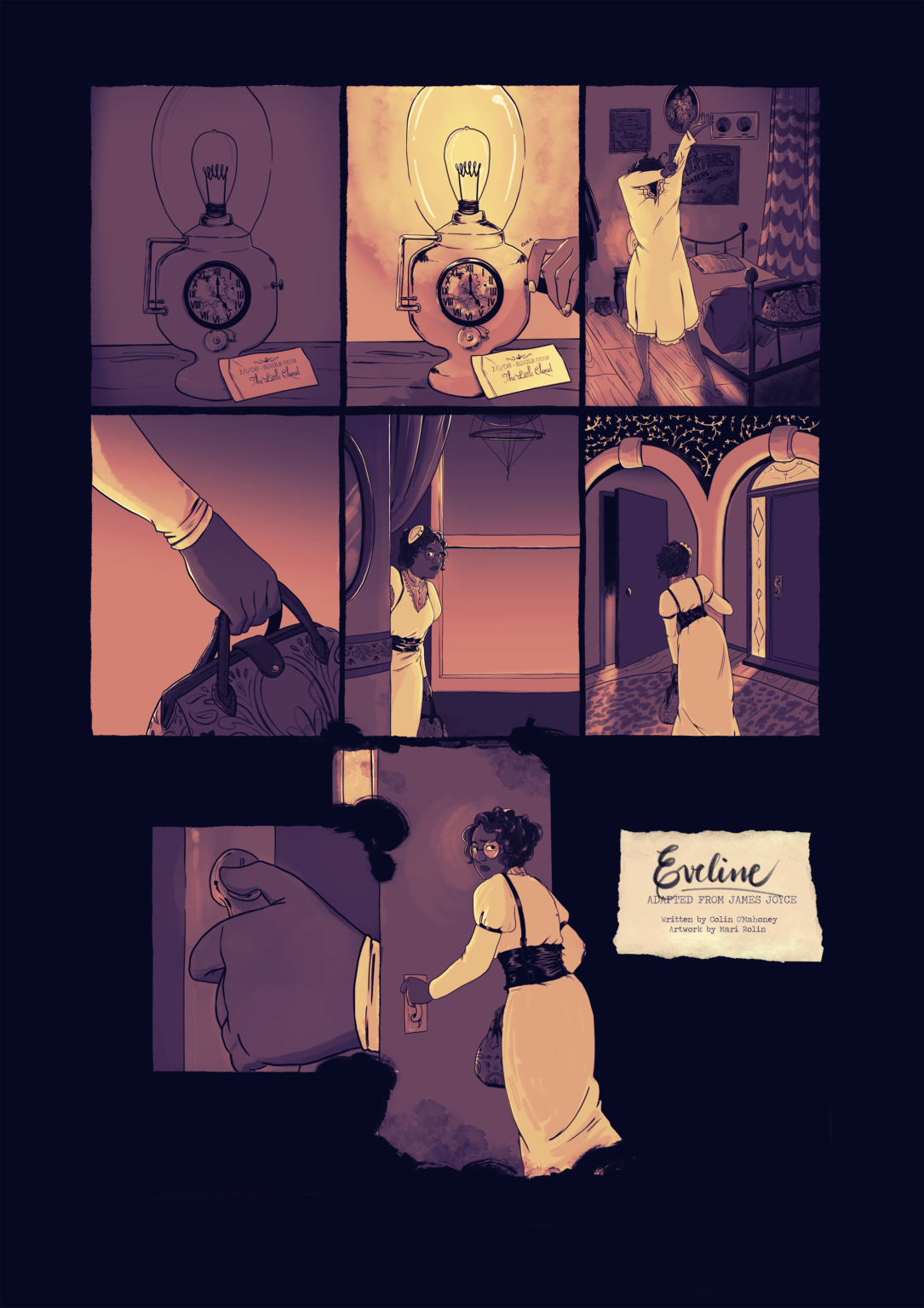 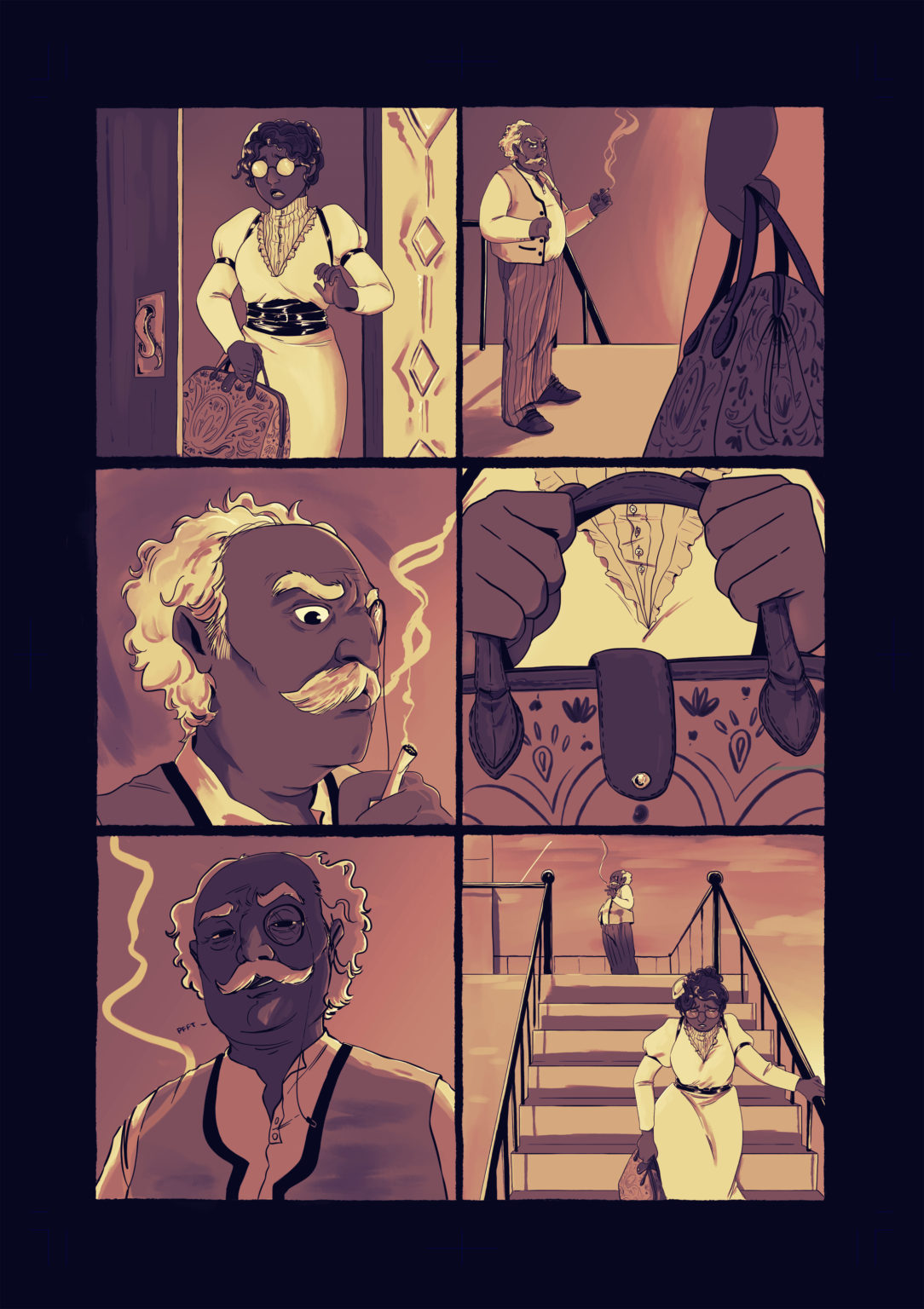 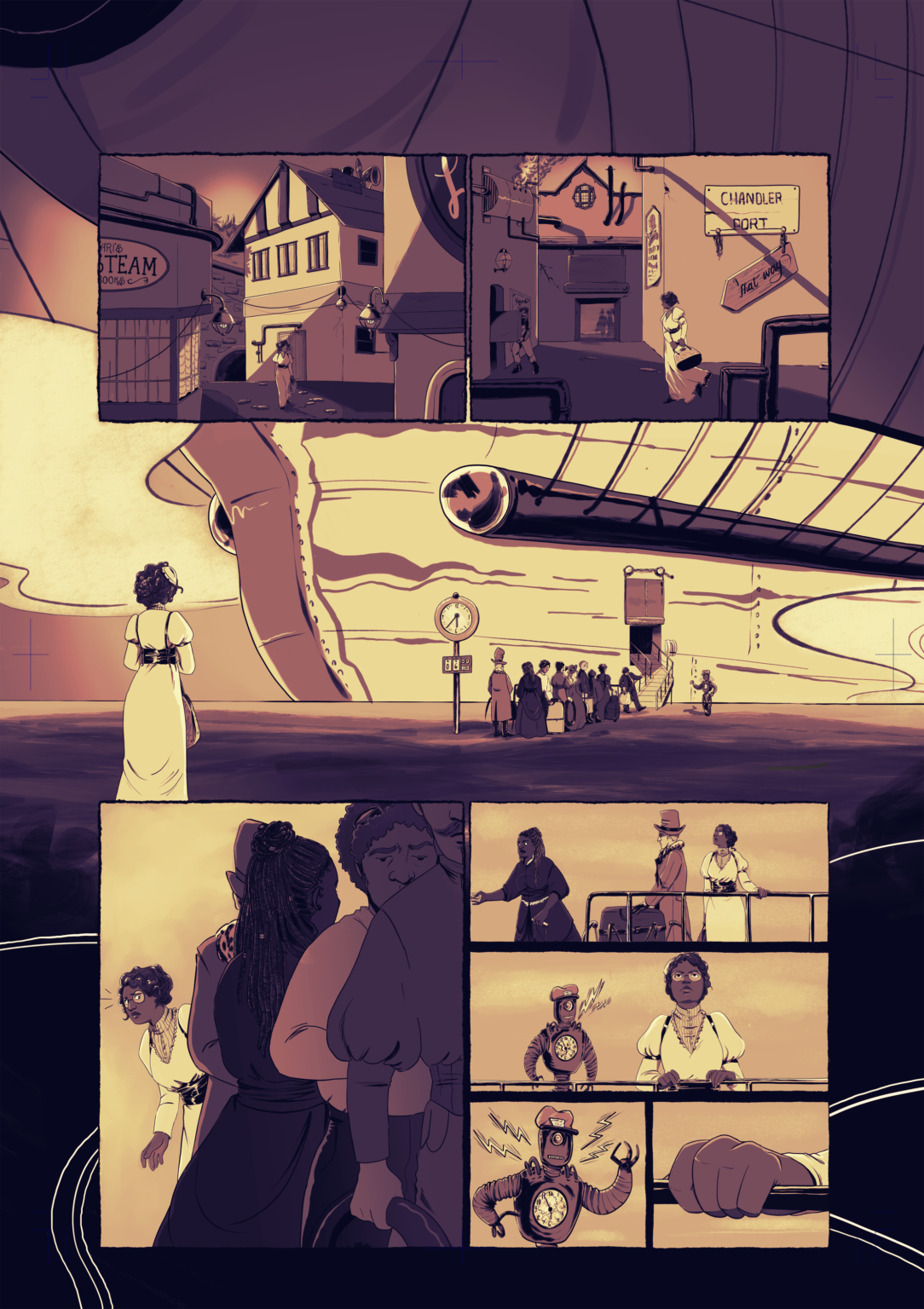 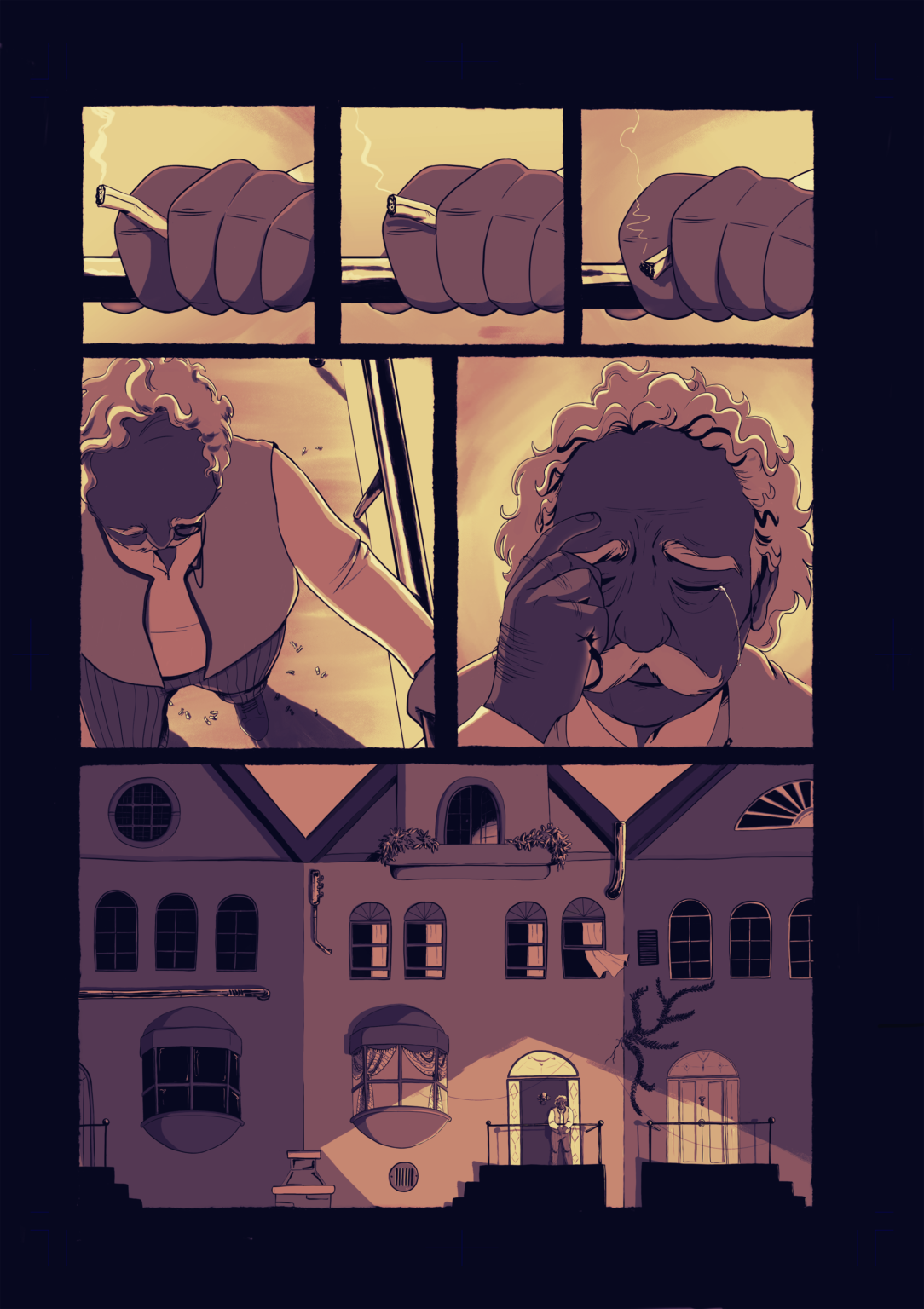 I was re-reading Dubliners, trying to shake loose some inspiration for writing short stories – I consider Dubliners to have some of the best short stories in the English language, and re-read it quite a bit. In particular, I was trying to get my head around that beautiful form perfected by Joyce, where the story is, in essence, a character sketch. Effectively just some small incident that leads to a quiet revelation, or realisation, on the part of that character. Writing that nuanced, that perfectly steered by character, is something I aspire to, and a large part of why I revisit Dubliners so often.

So there I was, reading Eveline, thinking about how I could condense that kind of story into four comic pages, and at some point I realised that Eveline actually could be adapted in four pages. Obviously, this is not Eveline, it is an adaptation, and along with switching medium, I have changed the plot, and focus. I have, in fact, taken considerable liberties with the source material, such that I considered whether ‘inspired by’ rather than ‘adapted from’ would have been better as a credit. But that felt too much like I was cheating. This story, as far as I am concerned, is Eveline. It might be quite different – I even changed the ending, but it’s heart and soul belongs to Dubliners, and to Joyce.

And speaking of heart and soul – when I wrote the script, and it ended up being silent (not my intention, just how it turned out) – I knew I would need a strong artist to carry the story. And by the Muses did I find that with Mari. The sheer volume of nuance, of texture, of story in her art, and colouring, is breathtaking. In all honesty, I felt like no more than just a thin medium between Joyce and Mari in this story – hardly even required in its telling. She has delivered something spectacular, an adaptation with enough character to be truly worthy of Joyce.