Click on the first image for a full-sized, gallery view of the comic.
Written & lettered by me, artwork by Podge Daly. 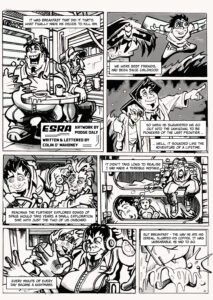 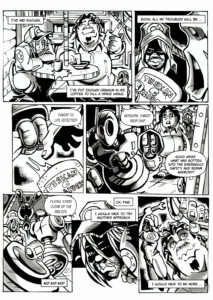 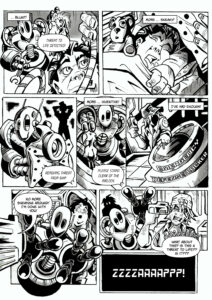 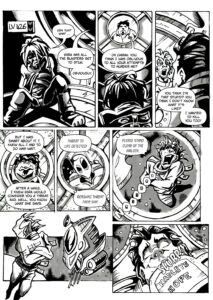 I always love to look behind the scenes at how things are made, and in particular I love looking at comics process. So, for anyone out there like me, here is some behind the scenes work from ESRA. All artwork by Podge Daly.

My character descriptions for the story were fairly minimal -as long as the two characters (who would be wearing the same outfit) were distinct, I was happy. Podge nailed all the designs first time around, really bringing them all to life. In particular, I just love the look he came up with for ESRA, the ship’s unwitting safety droid.

Here are my character descriptions, alongside Podge’s initial sketches: 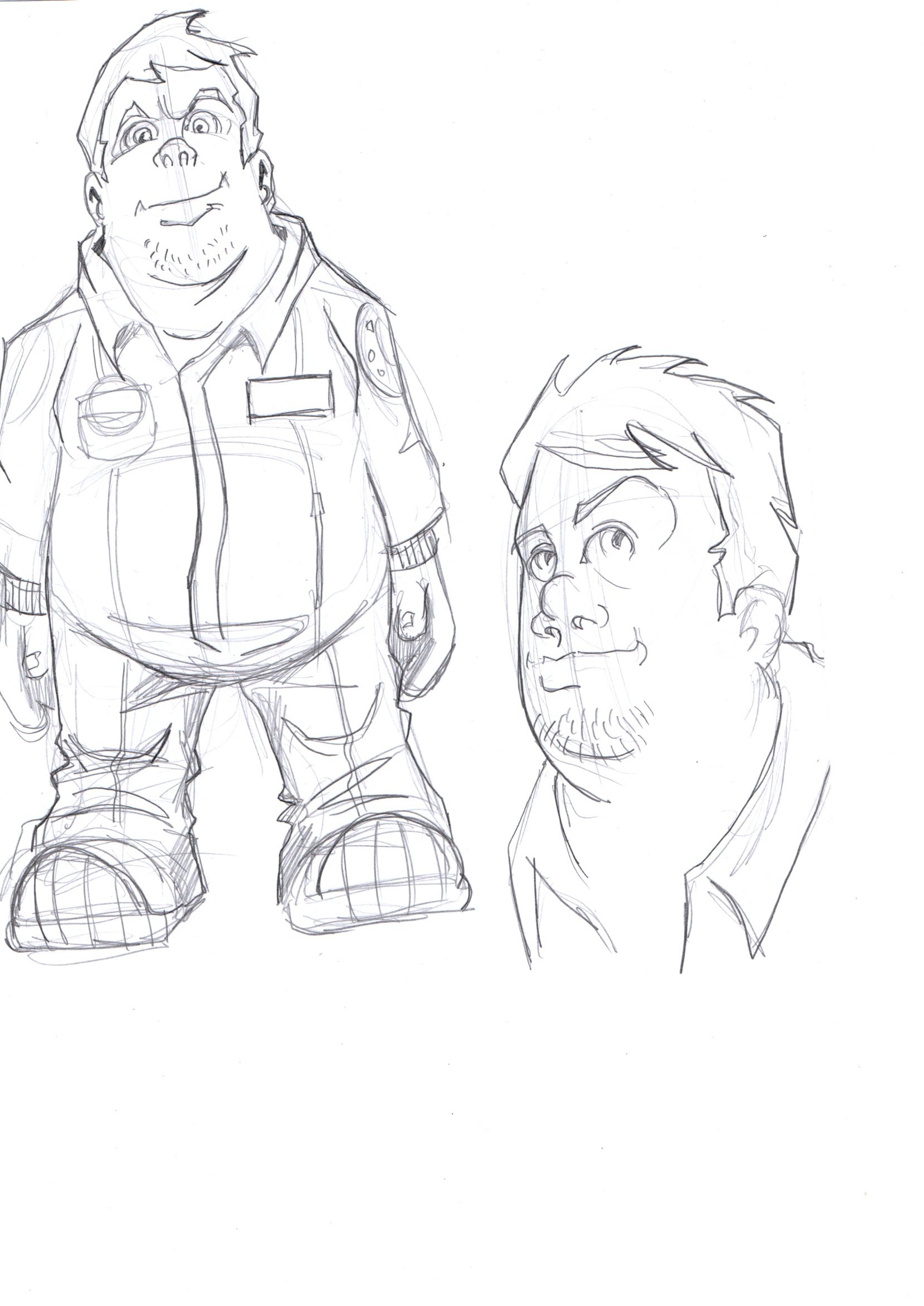 DYLAN Late twenties. Generally excited by the mission they are on, and apparently oblivious to Ciaran’s feelings. Dylan is generally excitable, energetic. Wears a flight suit. 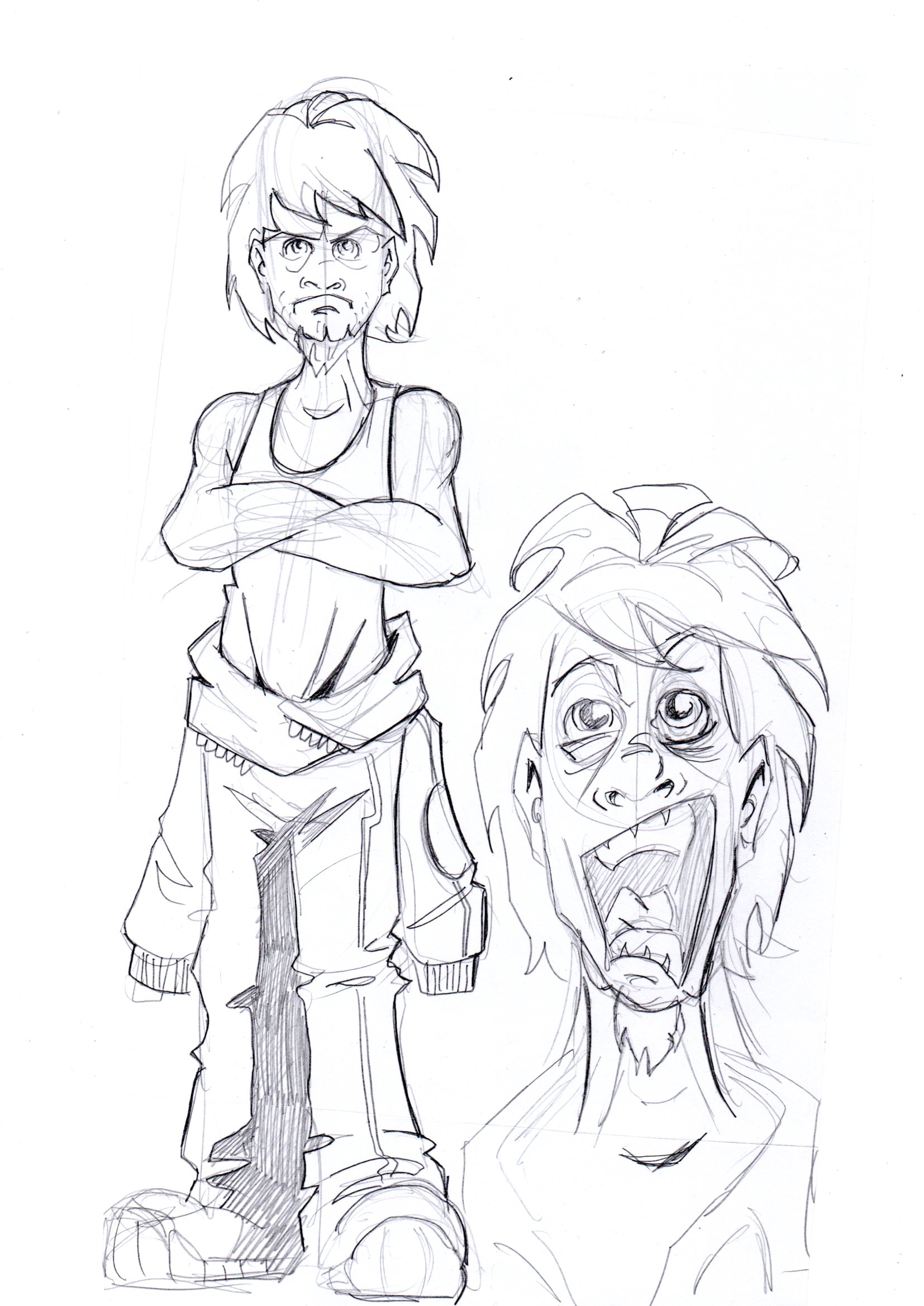 CIARAN: Late twenties. Has been driven completely crazy by living with someone in close quarters for months at a time. No escape, no alone-time, every minute spent with one other person. It’s too much, and he has cracked. Dylan is the quieter of the two. Wears a flight suit. 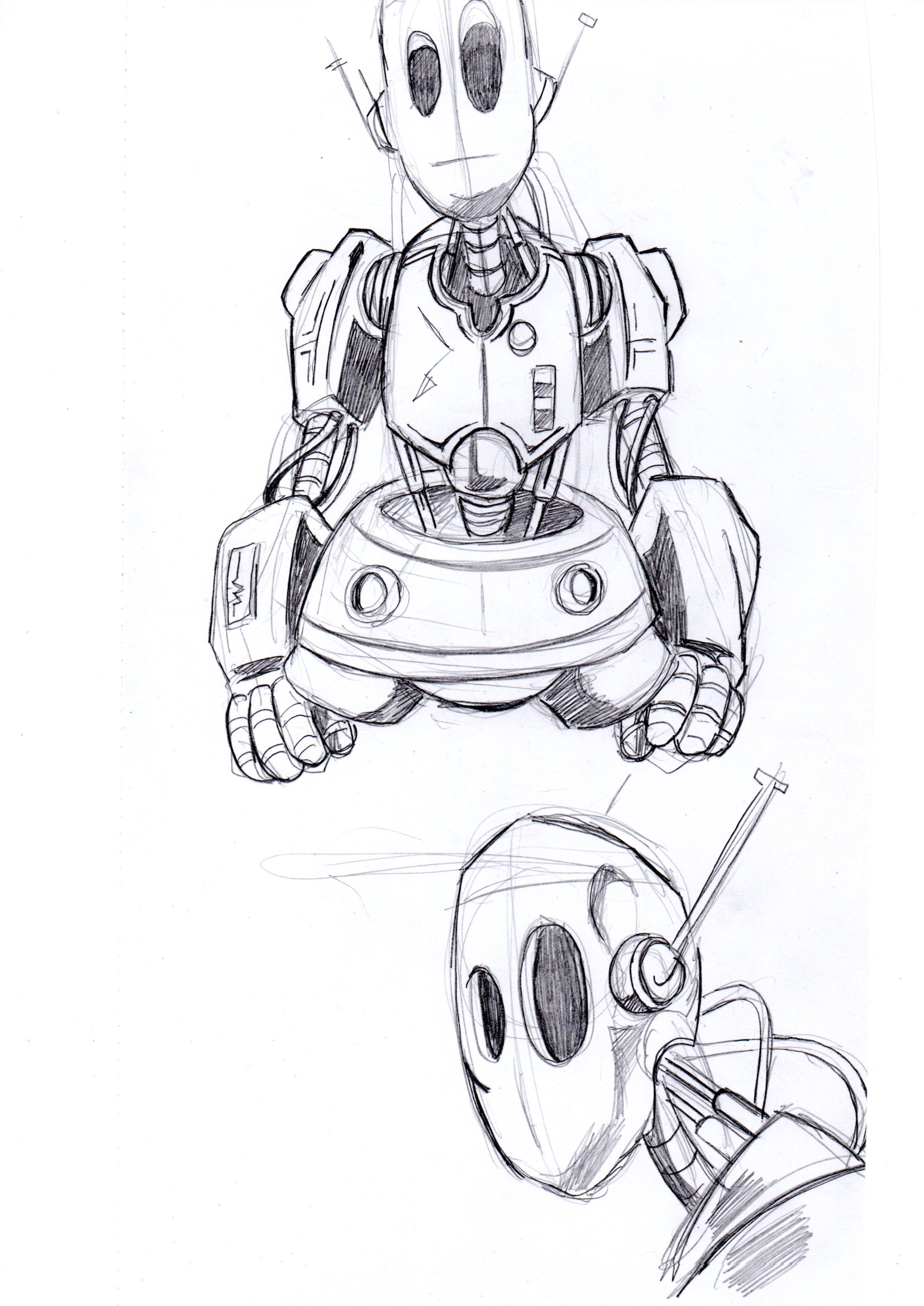 ESRA: The ship’s Emergency Safety and Repair Android. Humanoid, but with very basic features. Looks more like a crash test dummy than an advanced android. Fixed facial expression (painted on, serious face). Has ESRA printed on it. 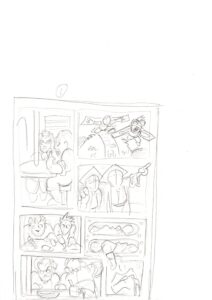 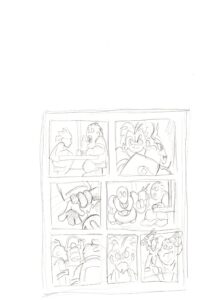 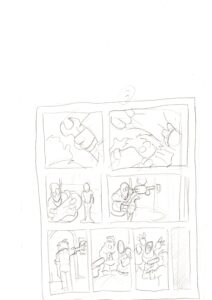 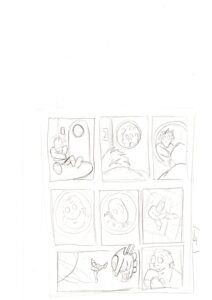